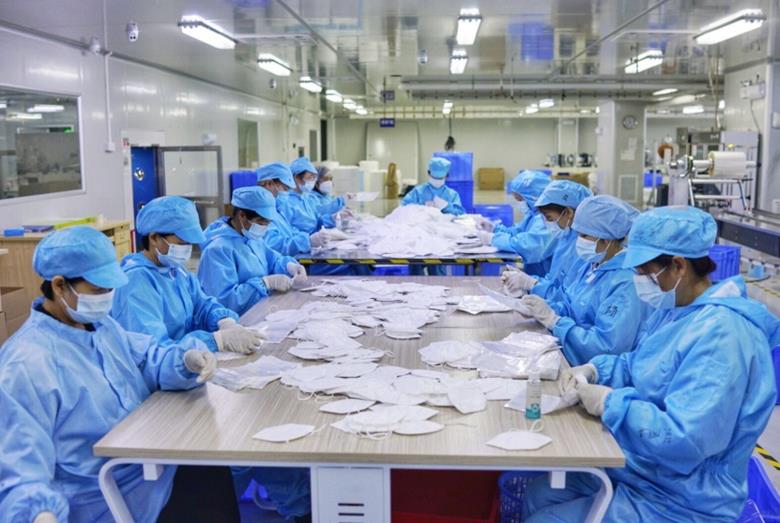 As of last night, March 25th, I have wired funds for 33,500 masks from three different factories in China.

My first wire was initiated on Sunday night for 20,000 masks. Then the bad news. On Monday I got an email from Chase saying that the wire was delayed because it was under review. But, it also said I didn’t need to do anything. On Tuesday I was getting antsy so I called and proceeded to wait on hold for an hour until I had to get onto another call. I gave up but hoped that it would potentially get cleared on it’s own like the email said.

Finally, today I didn’t want to wait any longer. Good news! This morning, after another hour and a half on hold with Chase, I managed to talk to someone in the wire department and they cleared the wire. I also got my two wires from last night cleared in the process. So now all three payments have been cleared.

Part of the reason I placed three separate orders was to diversify the risk a bit. As I mentioned in the FAQ (did you read the faq?!), importing from China is not like clicking ‘Buy Now’ on Amazon. When you buy something directly from a factory, it’s almost never from an existing stock of inventory, even if they say it is. You get in line. You also aren’t 100% sure what you are getting until it is in your hand. Typically there is a sampling step in the process as well as a visit to the factory. I’ve been to at least 50 factories in China over the years.

These are extenuating circumstances so I spent extra time on wechat late at night trying to understand specs and also had friends in China inspect one of the factories. Some videos from their inspection are below.

Now that the payments are cleared on my side, they should show up in their banks within 24 hours. After I initiate the wire I always send a screenshot of the confirmation which helps to show that I am serious but during times like this, they won’t actually set aside stock until the money is in the bank. And of course, it is 100% prepay.

See the status of the three orders below. I’ve used my contacts names to help keep track:

Ethan – 10k KN95 and 10k Surgical placed on Sunday night – quoted lead time was 3 days for surgical and 7 – 12 for KN95. This payment didn’t clear until today so nothing was shipped out yet. I’m hoping the surgical masks are shipped to me in the next couple of days and I receive them by the end of next week.

Belle – 4500 KN95 and 4k Surgical – I placed the order on Wednesday night but the wire is going through an escrow account which adds safety but also an extra day. She told me she is setting aside stock and the very latest she is telling me is that these are ready to ship once the funds clear. Of course, she also has the most expensive prices out of the three.

One of the downsides of ordering from three places is that they don’t all have the same package quantities nor the same exact product. I’m going to do my best to get everyone the number of masks requested but they might come in different packaging or be from two different sources.

These three orders cover all of the donations up to now. As soon as they come in I’ll start sending donations based on the order in which they were received.

The next steps are:

Thanks for your patience and to all the folks on the front line, thanks for doing what you do. Wear a mask!

Use code 'STAYSAFENOW' to save 30% off your next order - WHILE SUPPLIES LAST! Dismiss